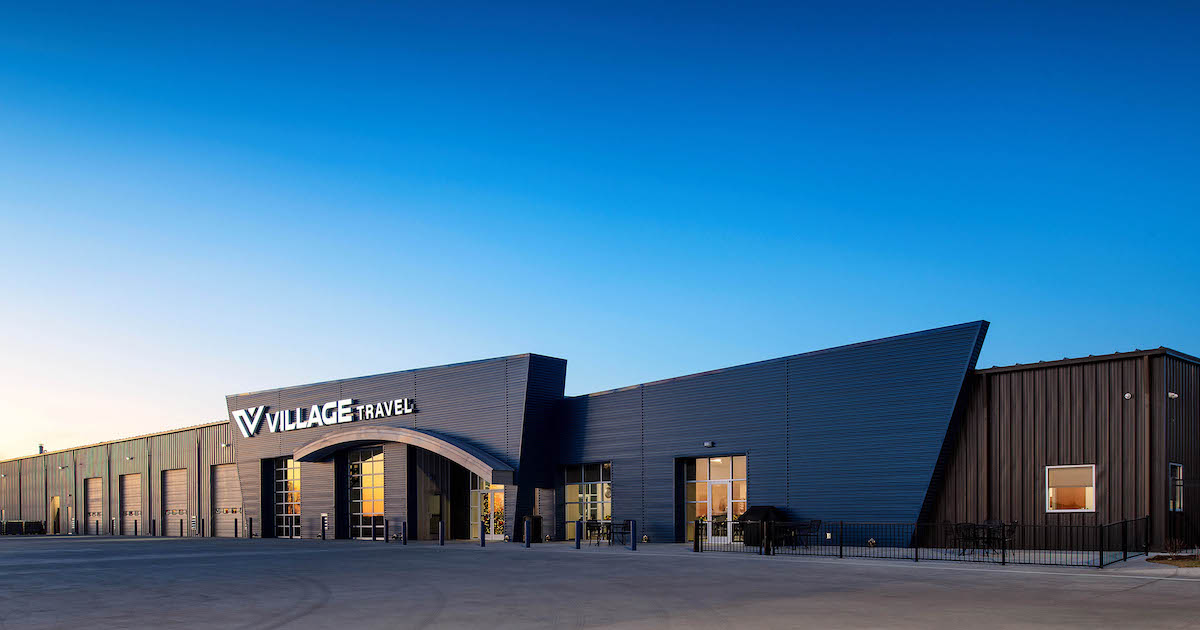 Heading into his 20th year of ownership, Arensdorf is poised to celebrate the company’s 40th anniversary in 2020. In anticipation of the event, as well as looking at a way to re-establish its identity, Village recently completed a rebrand of its company and fleet.
“The company started out as Alpine Village Tours, but when it bought its first bus, they painted Village Charters on it and the company operated primarily as Village Charters in the public eye for several years,” explains Arensdorf. “Then, they started using Village Tours for all their advertising and by the mid-’90s had some buses running around branded as Village Charters, while some other buses had the Village Tours branding.”

Trying to make some sense of all the names they inherited, Arensdorf explains they eventually decided to focus on Village Tours and Travel as a company, while using the Village Tours logo on its fleet. Soon, Village began to question whether tours was a true representation of the services the company provided. Enter a local marketing and branding company.

“I laid out everything for them — all of our logos and company names in the past — and they eventually came back with Village Travel,” Arensdorf says. “We thought the word travel worked great because it encompassed everything we are doing, which is moving people.”
He adds the move to Village Travel brings a dynamic that gives the company the chance to continue charging ahead.
“I feel like every 20 years or so, it’s a good idea for a company to reinvent itself and get an influx of new ideas coming in to drive growth,” Arensdorf.
In addition to the rebrand, Village Travel also opened a new 47,000-square-foot corporate headquarters in Wichita. Village’s new headquarters not only houses most of its administrative staff and motorcoach fleet, it also includes a new “departure center,” which includes two covered, heated bays and a lounge area that seats up to 100 people.